Uruguay, a country with such impressive footballing history and success, have a strong chance of achieving World Cup glory in Russia. Their nation is incredibly passionate about the game, and offer undying loyalty to anyone who wears the famous Sky Blue jersey. If you were to investigate the origins of Uruguayan football, you would find some rather fascinating information and stories that reveal the substantial Scottish presence which helped shape Uruguayan football. 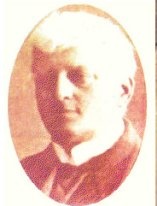 One single, charismatic individual provided the impetus for turning kick-abouts into regular, professional competition.  Anglo-Scot, William Leslie Poole, considered the ‘Father of Uruguayan Football’ was a school teacher and founder of the English High School of Montevideo. Pupils of his school created the ‘Albion Football Club’, Uruguay’s first football club, in 1891.  At the time of his arrival, there were already some clubs practicing football informally in Uruguay such as the Montevideo Cricket Club, founded in 1861 (the first rugby club outside the United Kingdom), and the Montevideo Rowing Club, founded in 1874, though none as formal as Ablion. This new football club would play their games across the Rio del la Plata region against Argentine teams in Buenos Aires and Rosario. The club would also be originally chaired by a Scot called: Willie J. MacLean.
Initially, no foreign players were allowed to participate in the sport. Yet, Poole insisted on the participation of both nationals and foreigners with no distinction of race, language, religion, political opinion or economic position. This open-minded approach would change the mindset of the locals and fans of the game. Footballtuned into an instant success in the country, becoming a shining light for communities; allowing people of different nationalities, social class and ethnicity to come together in competition.
Poole himself played for Albion FC but is best remembered as an influential administrator and referee. He was then elected as President of the Uruguay Association Football League (Uruguayan FA) in 1901.
The Montevideo City Hall paid honor to Poole by dedicating a place called “Espacio Libre William Leslie Poole” between Constituyente and Vásquez avenues in the Uruguayan capital.

Aged only 19, John Harley, a railway engineer from Springburn, arrived in Argentina in 1906 to work for the Buenos Aires Western Railway company. The Scot was soon lining up for the club of the company’s employees, Ferro Carril Oeste; introducing a distinct, Scottish passing game from the position of centre-half. Not before long, Harley was persuaded to join C.U.R.C.C. (Peñarol) seeing him to make the journey across the river to Montevideo to sign for the club in 1909.
Upon his arrival, Harley sparked a footballing revolution, replacing a largely dis-organised, direct style with what came to be known as cortita y al pie, a game of short passes to the feet. Immediately, he was appointed the captain and skippered his side for ten seasons, becoming an idol with the supporters. Playing at centre-half, Harley offered a natural and effective link between defence and attack, re-organising his team into an intelligent unit based on a collective, combination style of play being the main focus.
Harley was thus approached and called up to the national team, making his Uruguay debut less than six months after arriving at Peñarol.  His introduction to the national side had not long passed though that did not stop the Uruguayan FA to hesitate approaching Harley to become Player/Manager of La Celeste as well. From there, the national team’s transformation mirrored that of Peñarol. The country would define its footballing identity with players encouraged to keep the ball, play it along the ground and combine more with their teammates. They were different, and they were proud. Harley would represent  La Celeste a total of seventeen occasions.
This new style introduced by Harley is often referred as to as the catalyst which brought both Peñarol and Uruguay significant success in the domestic leagues, Olympics and World Cups as time passed. Uruguay’s rise owed much to Harley. In the book titled ‘100 Years of Glory: The True History of Uruguayan Football’, the author refers to Harley as the man who taught the nation to perform “with a fluidity that we still see today in the modern possession based philosophies.”
Once Harley retired from the game in 1917, he would then become manager of Peñarol.
In 1951, over 40,000 spectators came to honour Harley with a match between Peñarol and Rampla Juniors at the Estadio Centenario; including many former colleagues and members of successful Uruguayan teams, turning out to pay tribute to Harley’s incredible contribution to Uruguayan football.